But as you are looking for them, you are being stalked by an entity that grows more persistent and relentless as each page is collected, an entity that you cannot even look at for long, let alone fight. Your only hope is to collect all 8 pages before it catches you...

Time is running out! And so is your flashlight battery. Can you survive the night?

Dare you wander in the dark?

Don’t give in to your fear in this first-person survival horror game.

Slenderman doesn’t have a generations-old backlog of sightings and stories. This being began as an Internet rumor and grew from there. This mythical creature is “reported” as ranging from six to sixteen feet tall. You would also know him for his lack of a face. His pale, white face is smooth. He wears a black or gray suit, with a snappy red or black bowtie, and a plain white shirt that fits over his extra long arms. Clothe him in a brighter color, ditch the pale skin, and he’d resemble a wacky waving inflatable tube man, sans the enthusiasm. At least he’s a well-dressed supernatural creature. Slenderman's hands and fingers are long -- perfect for grabbing his next victim.

Slender: the Eight Pages, builds on this character. Your goal is to find pages ripped from a story about Slenderman. It won’t be easy. Whoever sees Slenderman suffers paranoia and memory loss. Yes, including you. It goes without saying that you should avoid contact with him. Spoiler alert: After you find a page or two, you are going to see him.

Can you handle the darkness?

Avoiding contact with Slenderman is impossible. Legend states that those who know more about Slenderman, end up becoming hunted by Slenderman. These experts say that becoming a Slenderman expert results in getting noticed by Slenderman (and not in a good way). After you find that first page, the second, and so on, you will become the object of his obsession -- in a total “I want to kill you” sort of way. There isn’t much more to the story.

Who is the main character? Why does this person want to collect these pages, and how do they even know about the pages to begin with? Why are these pages so important someone would go outside at night, you know, the only time Slenderman is around and able to strike his victims? Alas, no one will ever know, but will die trying.

The title screen is brilliant, with a title reveal and fade out hinting at the darkness ahead. The scene opens with a view of trees and a night sky. The stars look fantastic but there is no time for gawking. You have pages to find. You can move anywhere in the Slenderman world. A fence surrounds the perimeter to keep you on track. You can’t wander too far. Still, there are plenty of places to roam. Flip off your flashlight and try to find the paths in the darkness. Or don’t. You can make your own way.

Why can’t you use your flashlight? You only have so much battery power. If you use it up, you won’t gain more. That light is the best way to find the pages you need and also lets him see you. Sorry, you don’t have any real defense against Slenderman. You can walk away. That’s all there is. This game doesn’t include any form of treasure hunting other than those eight pages. You can’t find more batteries while wandering around the woods. There aren’t any talismans against Slenderman. No headlamps or electric lanterns. No NPCs around to help you out.

As you wander the woods, you will hear the sound of your footsteps crunching on gravel, crickets chirping, and the wind in the trees. The trees cast scary long shadows on the ground. Keep walking. And walking. Still walking? Yeah, keep doing that. Slenderman is nothing, if not repetitive. Everything changes after one of your page grabs. When Slenderman appears, your camera will turn to static. You will see glimpses of Slenderman. This random approach is terror-invoking.

How should you play this game? Go, grab your laptop, grab a pair of earbuds or headphones, and plug it in. This game is best served shaken, not served, in near darkness.

Slender: the Eight Pages is often referenced as inspiration for other game developers. The style of play changed the way people looked at games. Still, there are other options if you enjoy the horror genre.

If fumbling in the dark with a candle and matches is your idea of a good time, try Wick by Hellbent Games. Unlike this game, Wick offers a full storyline in the horror genre with tons more jump-scares. You have to get through the darkness by candle, while searching for more candles, and battling ghosts along the way. Run out of candles and succumb to your fear. Wick is on par with Slenderman in terms of graphics and sound, though Wick offers a developed story and in-game collectibles. 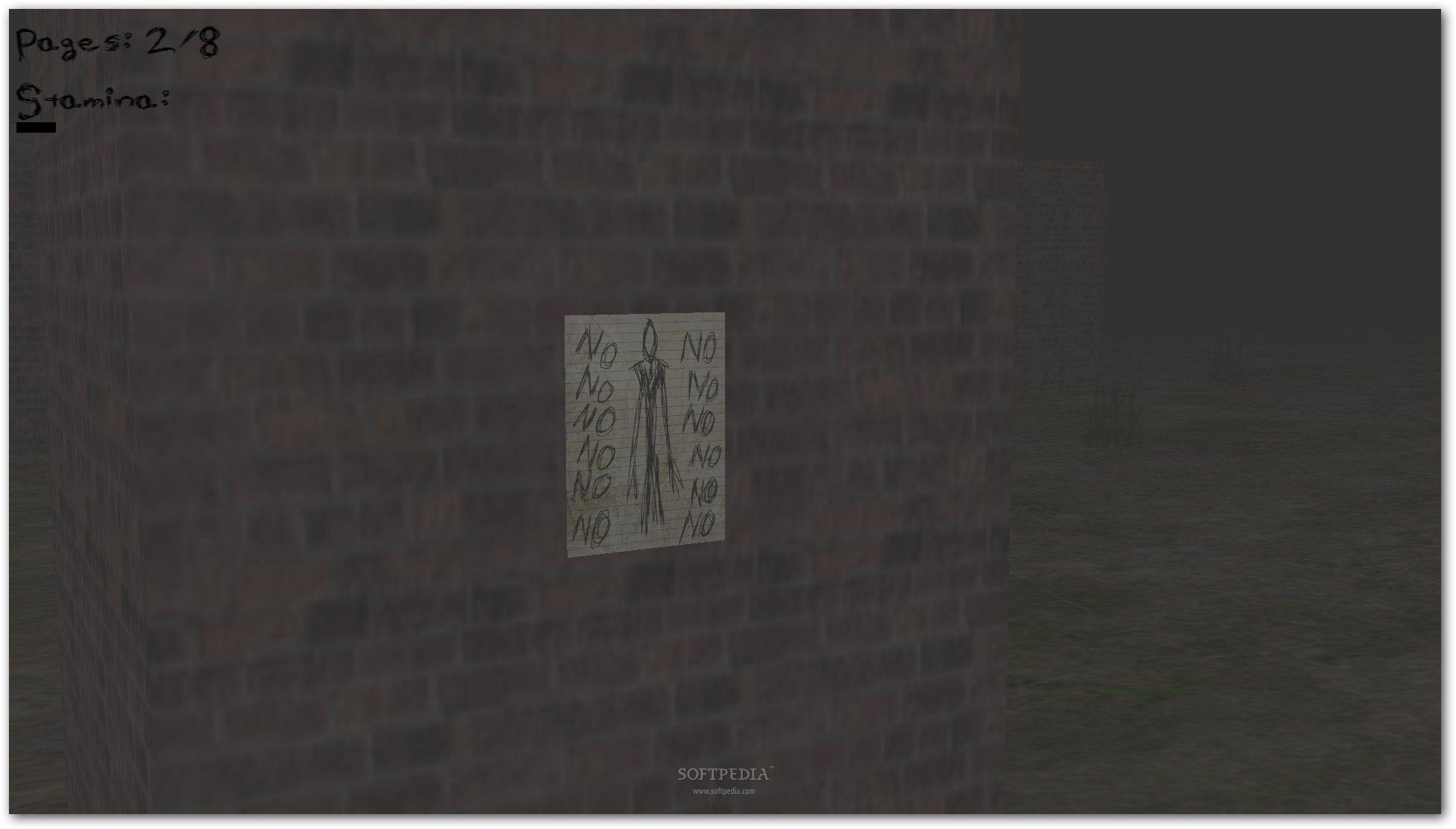 Penumbra: Black Plague also involves darkness and a strong storyline. Taking a cue from Slenderman, this game relies on puzzle-solving, not gun-play. Instead of a forest, you’ll stumble around an underground research base. These games each have something to add so there is no definitive 'better' in this case.

Slender: The Eight Pages lives up to its promise of providing a great scare. You will jump. The music and sound effects will send a chill up your spine. It’s a great dive in and play game, but it won’t be something you play for hours and that’s okay.

Yes, if you enjoy creepy, nighttime horror games. The urban legend states he only appears to kids and teenagers. If you want to see Slenderman, and you are above the age of eighteen, this game is your only option.