Mac Miller hit Twitter last night to release the second single off his upcoming collaborative EP with one of the most influential and unique veteran producers, Pharrell Williams. Since his arrival on the scene several years ago, the Pittsburgh representing Miller has taken enormous strides both musically and financially, as he was named to the Forbes 30 under 30 list earlier this year. At first, many loyal hip-hop fans mistakenly wrote him off as either riding on the success of Wiz Khalifa or being a corny, frathouse rapper. In the last couple years, with the success of his debut album Blue Slide Parkand subsequent awesome mixtape Macadelic, he has emerged far from Wiz’s shadow and proven himself with both his real lyrical talent and admirable work ethic.

“Glow” gives a glimpse of what makes the rising Miller and established Pharrell great artists with extensive wordplay and original, bouncy production. Stream and download the track below and look out for their Pink Slime EP, out soon.

Pharrell and Mac Miller are shaping up to be one heck of a duo. The Pittsburgh spitter took to Twitter early Tuesday morning to drop 'Glow,' the new track from he and Pharrell's Pink Slime EP.

Mac Miller gets behind the boards to release this song “Day One: A Song About Nothing.” This won’t be on his upcoming EP with Pharrell, Pink Slime, but enjoy this one for free. Listen and download after the jump.

• Exclusive: Behind The Scenes At Hot 97’s Summer Jam [PHOTOS]

• Wired 25: The Greatest Summer Songs Of All Time [LISTEN] 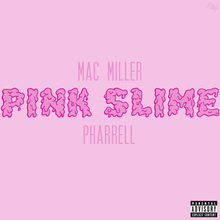 • The History Of The YMCMB vs. G.O.O.D. Music Cold War [PHOTOS/VIDEO]