In this article today I will tell you what is Nito installer? How to download it and what are the reviews of it? I will also show you how to use it to install XBMC or Kodi on your Apple TV.

What is Nito Installer:

Nito Installer is a jailbreak tool. Basically, it allows you to jailbreak your Apple TV channels in a very fast and efficient manner. It is a jailbreak tool which allows you to install the XBMC media player application and various other programs. It also helps in getting any kind of TV content on your Apple TV. You can also use this application to easily add XBMC addons and run custom commands. You can easily do all this by using Nito Installer.

The program was first released for MAC only but now it is also available for Windows users, Which is a great sign and a great thing for all of the Windows users.

A great news for all the Windows users is that Nito Installer is available for Windows now with a jailbroken Apple TV 2. With Nito Installer you can easily jailbreak your Apple TV and use it to it’s full potential. You can easily use SSH or Terminal commands to install anything and Nito installer comes really handy in it.

Installing the XBMC or Kodi on a jailbroken Apple TV opens the ability to play many unsupported video formats in an easy manner, install third party add-ons and much more stuff like this.

Lots of people now a days are looking for different jailbreak tools to jailbreak the Apple TV. When you want to jailbreak an iPhone, iPad or any iDevice, it is as easy as downloading the free Pangu or Yalu tool, just plugging your device into your computer, and then clicking Jailbreak button. It will jailbreak it and you are done. So much easy steps to do this.

After you have jail broken Cydia is an app which is automatically installed for finding different tweaks and apps.

But on Apple TV its not easy. Basically, the actual process of jailbreaking is not that difficult but for some Apple TV versions, you have to install third-party Apple TV apps manually via a command line interface on a connected desktop computer.

New Installer for the MAC:

A new installer for the Mac is called Nito Mac which makes it easier to install the third party apps on a jailbroken Apple TV.

The difference between iPhone Jailbreak and Apple TV Jailbreak:

The main difference between the ATV jailbreak and iPhone jailbreak is the program which is used to install tweaks once you are jailbroken. You can use SSH or Terminal commands to install applications on Apple TV but it is a lot easier on an iPhone. You can use Cydia for easy application installation. Cydia is an app which is automatically installed once you are jailbroken and it is basically a store for finding different tweaks and apps.

XBMC is an app which every jailbroken Apple TV user should install. It is also supported by Nito. It has many extra packages, themes and many add-ons available and it allows you to change the look of your Apple TV interface as well. NitoTV is a similar platform for adding Weather, RSS, etc. that can be installed and upgraded within the Nito installer app on the Mac. 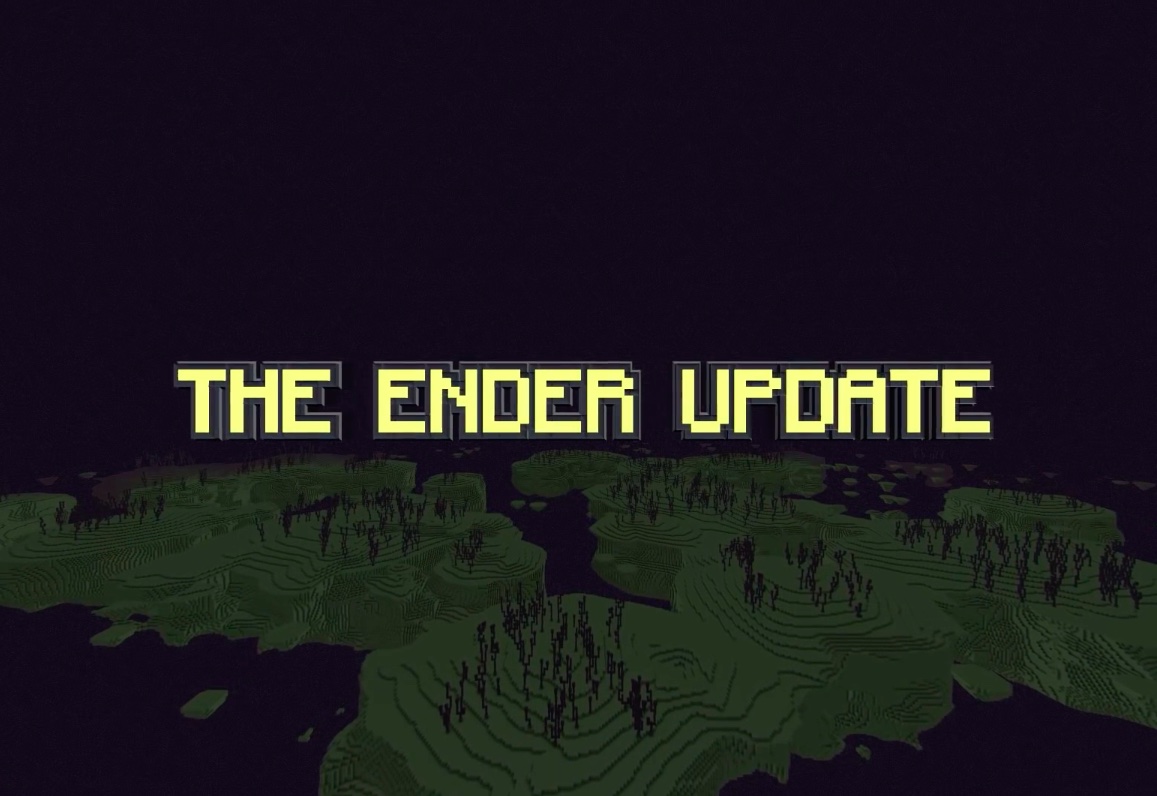 Beside these all great things, there are some issues as well. Unluckily a jailbreak for the new Apple TV 3 is not available which means Nito Installer only works on Apple TV 2 or older.

But you can use the Seas0npass tool to jailbreak the 2nd-gen Apple TV. You can easily install XBMC and Nitro TV by downloading the Nito app.

You can also install Kodi via Nito Installer by doing some simple steps.

Kodi is an open source project and anybody is allowed to use it for their own projects. It is a simple app which is used for streaming different videos and audio content on various devices.

But one thing you should keep in mind while using Kodi that you should use Kodi with proper add-ons. Exodus is one of the best-known add-ons for KODI. Many of the people use this add on because it is one the best add on to stream videos on Kodi. Kodi is a very flexible platform and can be used on almost every device like be TV, Smartphone or PC.

How to install Kodi on Apple TV 2 using Nito Installer

But one flaw of KODI is that it can not be directly installed on Apple TV. But using Nito installer it can be easily installed. Some steps to install Kodi using Nito Installer are as follows:

Once installed, it will Soft Reboot your Apple TV and finish the installation. Finally, you can now open Kodi from the home screen of your Apple TV. You are done. You have installed Kodi using Nito just by following simple steps.

The reviews for Nito installer are quite exceptional because many people use this to jailbreak their different Apple TVs and the download ratio of Nito app is increasing day by day. Its ranking is 4.8 from 5 so that’s all for Nito installer download and review.

You can easily jailbreak your Apple Tv 2 by using NitoTV.

I hope you have enjoyed this short review and installation method of Nito installer. If you want more amazing stuff like this and want more interesting and informative articles like this, don’t forget to subscribe our newsletter.

There has been numerous jailbreaking tools (TaiG, Pangu, PPJailbreak, JailbreakMe etc.) released to jailbreak a variety of firmware versions (iOS 9, 8, 7, 6, 5 etc.) and iOS devices (iPhone, iPad, iPod Touch, Apple TV etc.). Thus, we have created one of the most complete databases of jailbreak software tools. In this database of jailbreaking tools you can learn the history of each tool, which operating systems they’re compatible with, find download links, and even how to guides. So what are you waiting for? Check out this ever-expanding database of jailbreaking software related tools below:

Note: we’ll be posting updates as new jailbreak software tools are released. If you see any incorrect information please let us know by contacting us.

The Evasi0n (Evasi0n7) jailbreaking tool is developed by a group of hackers by the name of the Evad3rs (Pimskeks, Planetbeing, Pod2G and MuscleNerd). Evasi0n will jailbreak the iPhone, iPod Touch, iPad, and Apple TV untethered running iOS 6.0 – iOS 6.1.2 and iOS 7.0 – iOS 7.0.6 (using Evasion7). Lean more about the Evasi0n software tool, common issues, and much more!

The PPJailbreak jailbreaking tool is developed by a group of Chinese hackers that go by the name of 25PP. PPJailbreak will jailbreak the iPhone, iPad, iPod Touch untethered on iOS 8.0 through iOS 8.4. It’s only available for the Mac OS X operating system. Simply learn more about the PPJailbreak tool.

The TaiG (pronounced Taiji) jailbreaking tool is developed by a group of Chinese hackers (TaiG Team). It will jailbreak the iPhone, iPod Touch, iPad untethered running iOS 8.0 – iOS 8.4, and is available for Windows and Mac OS X. You can learn more about the TaiG software tool.

The Spirit jailbreaking tool was developed by iOS hacker Comex. Spirit is very easy to use and literally takes just under 30 seconds to jailbreak the iPhone, iPod Touch, and iPad running iOS 3.1.2 through 3.2 untethered. Spirit is compatible with Mac OS X, Windows, and Linux platforms. Learn more about the super easy-to-use Spirit jailbreak tool.

The RedSn0w jailbreak tool is probably the most widely known iOS jailbreak tool available. Originally known as QuickPwn, RedSn0w is developed by the iPhone Dev-Team and allows you to jailbreak your iPhone, iPod Touch and iPad running a variety of firmware versions. It supports both the Windows and Mac OS X operating systems allowing just about anyone to easily jailbreak their iOS device both tethered and untethered. More information on the RedSn0w tool.

The PwnageTool is a Mac OS X jailbreak tool that creates a custom pre-jailbroken iOS firmware file that must be restored to your iPhone, iPod Touch or iPad for it to become jailbroken. The benefits of using the PwnageTool, rather than RedSn0w, is that it allows iPhone unlockers to update to the latest firmware without updating their baseband in the process. Additionally, the PwnageTool gives you full control over your jailbreak; allowing you to customize advance options such as your root partition size. Learn more about PwnageTool.

The Sn0wBreeze jailbreaking tool is the PwnageTool alternative for Windows users that creates a custom pre-jailbroken iOS firmware file that must be restored to your iPhone, iPod Touch or iPad for it to become jailbroken. The benefits of using Sn0wBreeze, is that it allows iPhone unlockers to update to the latest firmware without updating their baseband in the process. Additionally, Sn0wBreeze gives you full control over your jailbreak; allowing you to customize advance options such as your root partition size. Learn more about iH8snow’s Sn0wBreeze jailbreak tool.

The GreenPois0n jailbreak tool has been known as the quickest way to jailbreak your iPhone, iPod Touch, iPad and even Apple TV 2G. It is developed by Chronic-Dev and provides an untethered jailbreak for a variety of firmware versions. GreenPois0n works on both the Mac OS X and Windows operating systems. Learn more about GreenPois0n.

The Absinthe jailbreak tool was recently released to jailbreak the iPhone 4S and iPad 2 untethered on the iOS 5.0/iOS 5.0.1 firmware. Absinthe was developed by the Dream Team, consisting of popular hackers such as Pod2G, Planetbeing, Saurik, MuscleNerd and P0sixninja. Absinthe is available for the Mac OS X and Windows operating systems. Here’s everything you need to know about Absinthe.

The LimeRa1n jailbreaking tool was released by a hacker who goes by the name of GeoHot to stop Chronic Dev from releasing a bootrom exploit called SHAtter. This is because GeoHot thought it would be better to conserve the SHAtter exploit for future jailbreaks. Just like the BlackRa1n Jailbreaking tool, LimeRa1n features a one click jailbreaking method and supports the Windows and Mac OS X operating systems. Learn everything about LimeRa1n.